How about that Bachelor live tweet last night, hmmm? We had a lot of fun, throwin’ out zingers and LOL-ing at those crazy betches. And by “we” I mean “me,” because I was the only person who participated.

Oh, well. Can’t blame a girl for trying. Fortunately for my Facebook peeps, that was the first and only live-tweet. I ended up turning off my cable after seeing today’s paycheck.

So rest easy, guys, I will no longer be blowin’ up your news feeds. Now let’s move on to the real reason behind this post: fairy tales. During my morning commute the other day, I got to thinking about Cinderella’s glass slippers and how highly unfeasible they would be in real life. Which then led to thinking about other aspects of fairy tales that would be epic fails in real life, so now I present to you three examples of how fairy tales wouldn’t be so magical in reality:

Back to those glass slippers. If they didn’t beforehand, you know those mofos would have shattered as Cinderella was running to get away from the prince before she turned back into a hot mess at midnight, meaning she would have been running on shards of sharp, jagged glass. By the time she got back to her pumpkin, her feet would have been all cut up and bloody, and since they probably didn’t have tetanus vaccinations back then, her feet would have gotten all infected, probably gangreneous, and she would be facing amputation.

2. Beauty and the Beast 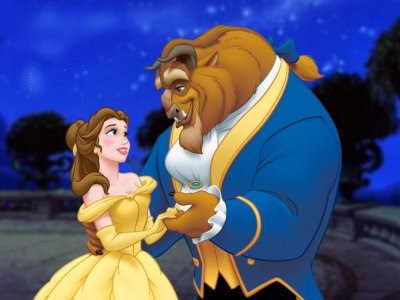 Ariel’s tomfoolery would have gotten her ass caputured faster than you could say “snarfblatt.” She would then be transported to Sea World, where she would be more popular than Shamu, or to the Clearwater Aquarium, where she would be featured alongside Winter (“One doesn’t have a tail! One is a mermaid! ZOMGZZ!!!!!!!!!!!!!!”). After dying in captivity, her remains would be preserved and sent to the Smithsonian where they would be on proud display for tourists world-wide to gawk at. How dignified.

Life is a cruel bitch, so let’s be glad that fairy tales live in our imaginations instead of in reality.