This was what I was going to write about before I got distracted by Vajazzle. (One could say dazzled by Vajazzle, no?) Lately, I have been getting after-school specialed like woah. It hasn’t been in the sense where I was caught shooting up heroin under the bleachers by the football field after school and getting a lecture from the principal and sent to rehab. Rather, I have been learning that a lot more people and things are pot-related than I ever thought possible. Below are two examples.
1. Willie Nelson 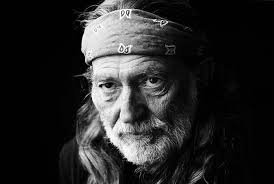 Yeah, yeah, yeah, I know. I know. As my friend Kristina said, “You look at him and you can smell it.” I just thought the scraggly beard, bandana, and overall hippie look was his old-timer schtick. You know, the old guy from a different era who could tell you horror stories about Vietnam while sitting on his front porch whittling weird shit like gnomes out of pine. Except in Willie’s case, he’d pepper his stories and gnome-whittling with old-timer songs, songs that are raw and have a lot of character. It wasn’t until last year when I heard DJs speculating on the radio how Willie would celebrate 4/20 since he was in the hospital at the time. Yes, I knew the significance of 4/20, but never caught onto the fact that Willie Nelson was a pothead. I don’t get it either.

I didn’t learn this song was about pot (well, the chorus, anyway) until a few weeks ago when my office-mate had to spell it out for me. After she did, the meaning of the line, “Last dance with Mary Jane/one more time to kill the pain” came crashing down around me, forever changing the meaning of the song. Up until that moment, I thought Tom Petty was singing about a girl named Mary Jane, despite the fact that “Mary Jane” is a common slang term for pot, and that whole lyric might as well have been him saying, “I really like to smoke weed, y’all.” I just thought Mary Jane was the girl who “grew up tall and she grew up right with them Indiana boys on an Indiana night.” And then my brain got it weirdly twisted up and I thought she was dead (because of that damn video).

Yes, I know that marijuana is commonly referred to as “Mary Jane,” but that entire lyric went right over my head. I don’t get it either.

Any other pot-related stuff I should be clued in on?