Spooky season is officially upon us, and I thought, why not kick it off with a story about the Hotel St. Pierre, a spot I briefly called home for a night during my recent trip to New Orleans? Like all scary stories, this one involves a run-down hotel and a Norman Bates-esque clerk who attempted to murder me in my sleep.

Okay, that part about attempted murder was a bit dramatic. But the hotel was a real shit-hole, and the clerk who checked me in did give me Norman Bates vibes, and my friend jokingly remarked that I needed to be sure I locked the door when I turned in for the night because he seemed like the type of person who would try a BI&M. Break-in and murder. But I’ll get to all of that. Let’s back-track as to how I ended up here in the first place.

The weekend my friend and I went to NOLA just so happened to be the weekend Hurricane Dorian was visiting the Bahamas before stopping off in Florida for a bit. I left the Friday before and was scheduled to come back on Tuesday, but that was also when Dorian was supposed to hit Orlando. I knew I was taking a gamble by going in the first place, but a stressful couple of weeks at work, open container laws, and some long-overdue bestie time made me say “FUCK IT” and go anyway. Which I do not regret. We bought wigs.

While Florida managed to escape Dorian unscathed, my flight home still got canceled. I wasn’t too bummed about it. Another day in the Big Easy? What’s creole for, “Fuck yeah!”?

So I hopped on Hotwire and got a cheap spot in the French Quarter, The Hotel St. Pierre. Now, I’m not what you would call a high maintenance gal. Sure, maybe glamping is more my style than roughing it in a nylon tent purchased with a 20% off coupon at REI, but when I travel, I don’t need to stay at the Ritz. I’m perfectly fine with a clean, private hotel room or Airbnb in a safe area. Since I was only staying an extra night, I didn’t need a place with a lot of razzmatazz, but even with my mediocre to low standards, the Hotel St. Pierre still managed to disappoint. One of our tour guides from the day before mentioned that the families who own the hotels in New Orleans keep the family’s name as part of the hotel’s name, even though it may be managed by a larger corporation, like Sheraton or Mariott. Well, the St. Pierre family needs to shit-can whoever manages their property, gut every room, and embark on an extensive renovation from the ground-up because this place is where nightmares thrive and travel dreams go to die.

I was able to check-in earlier than anticipated, which was just fine by me. Jenna and I had gone out the night before as a last hurrah in New Orleans (for her), which involved me trying to play matchmaker with her and the lead singer of a blues band, cigars and frozen daiquiris on Bourbon Street, and an ill-fated quest to find an open karaoke bar at 3a.m. (seriously, how does a place like New Orleans not have a goddamn karaoke bar that’s open at all hours of the day and night?). We rolled into bed at 6a.m., and five hours later, I was hungover and just wanted to set my bags down and find a place with greasy food so I could eat my regrets. Jenna’s flight out wasn’t until later in the day, so she came with me.

First, let me just say: the staff at the Hotel St. Pierre was friendly. Truly. Even the clerk, who may or may not have wanted to slice off a lock of my hair to keep in the breast pocket of his shirt and sniff every once in a while. It’s a shame because that’s the only positive part of the whole experience. I should have known rough times were ahead when I got to the room the clerk gave me keys for and directed me to, only to find another set of suitcases by the bed when we let ourselves in. I didn’t even see the suitcases at first – my friend pointed it out. And then I had an, “oh shit” moment because what if the occupants were still in the room? They come out of the bathroom or wherever, see me and Jenna, and reflexively punch one of us in the face? Or accuse us of breaking and entering and trying to steal their shit? My “flight” instinct took over, and I beat feet out of there faster than a crack dealer during a raid, Jenna cackling behind me the whole time.

Back at the front desk, I awkwardly explained what had happened to the clerk, and he and a colleague were absolutely nonchalant as they worked out the mistake. Granted, nothing terrible happened, just a simple mix-up, but I would think on a scale of mix-ups where the low end was giving a coffee order to the wrong person and the high end was accidentally using hepatitis-infested blood during a transfusion, sending two travelers with a working room key to an already occupied room might constitute at least a raised eyebrow. Nothing. And this is where the clerk got a tinge of Norman Bates.

“Sorry about that, Miss Sarah,” he drawled lazily as he handed me my new room key. It felt like a scene out of a horror movie where the hapless couple’s car breaks down during a storm in the middle of Bum Fuck Egypt and the only place to go for the night is a skeezy motel run by a clerk who is pleasant enough, but who seems…off. And you just can’t put your finger on it as to why he or she is unnerving. It was this interaction that prompted my friend’s warning about locking my door before bedtime later on.

We got to my new room, and I was a bit relieved to see that the lock looked like it had been recently replaced (more secure that way!). I put my key in to unlock the door, and it just. Wouldn’t. Budge. No give, no movement whatsoever. I jiggled the key and cajoled the lock, while Jenna was laughing until she could barely breathe.

“I don’t think this is the right key,” I said. I gave it to Jenna. “Here. You try.” She, too, jiggled the key and kept at it until – miracle of miracles – the lock gave way and we could finally get inside. The relief I felt at finding out the key actually worked and I didn’t have to make a second trip back to the front desk was short-lived when I took in the state of the room itself. The carpet looked like it hadn’t been washed since the late eighties, and while the bed was made and the sheets were (presumably) washed, they still looked a little dingy, and like they possibly harbored roaches or bedbugs within their depths. The bathroom felt the same way – “clean,” but I wasn’t going to tempt fate by trying to bathe in it. We sat our bags down and went to a nearby bar to have lunch. While we were waiting on our food, we looked up reviews of the hotel, and were gob-smacked by all the four- and five-star ratings it had received on pretty much every major travel website: Trip Advisor, Expedia, Google, you name it. All absolutely glowing, despite the reviews mentioning things like cockroaches, dirty carpets, and blood on the walls! I shit you not, there was review after review with titles like: 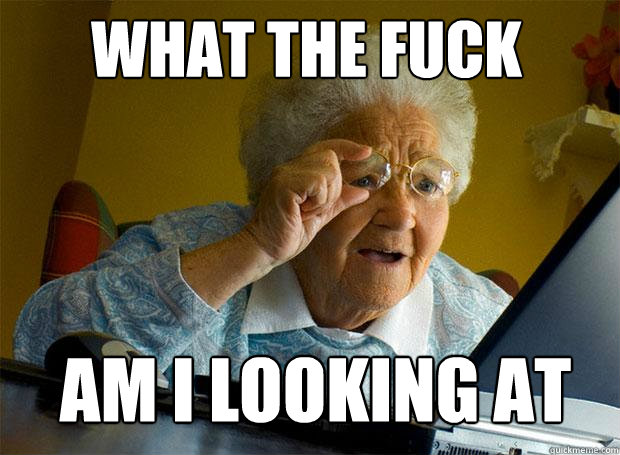 DON’T BELIEVE THE LIES! This place could be charming. It has potential. But in its current state it’s the equivalent of a 67-year-old woman who was a “real dish” when she was younger but now looks weather-beaten and worn out due to sun damage, alcoholism, chain-smoking, and time. The bitch needs a facelift. Stat.

Outside of the room mix-up and the state of the room, my stay at the Hotel St. Pierre was uneventful. Granted, I slept on top of the covers with the lights and television on to keep away any buggies potentially lurking in the corners and ordered delivery for dinner because I was afraid if I left the room I would be unable to get back in, but nothing crazy really happened. But I wouldn’t stay there again. And if you’ve got a New Orleans vacation coming up, I would strongly – strongly – advise looking elsewhere. Don’t believe the enthusiastic reviews and pretty pictures, because you can always spray paint a turd gold. It still doesn’t change the fact that it’s a hot, steaming, rank piece of shit.

When I checked out, the clerk gave me a card, urging me to go and leave a review on Trip Advisor. Maybe I should just leave a link to this blog post instead.